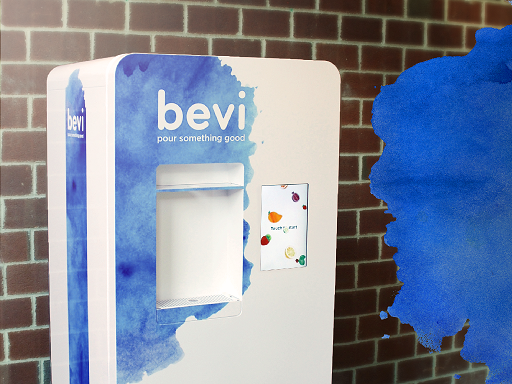 Our portfolio startup, Bevi – an environment friendly smart water cooler for offices with flavors and fizz has raised another $16.5M in Series B funding round. Earlier in December 2015, it raised $6.5M in Series A. With the freshly raised amount, Bevi plans to deploy its products to more locations across the U.S. and we wish them good luck with their expansion plans.

The company says around 1,000 of the Internet-connected beverage kiosks have been deployed in the offices of approximately 370 companies, including Apple, AT&T, Fidelity, GE, and Netflix.

The Series B round was led by Trinity Ventures, which has backed beverage companies like Starbucks and Jamba Juice, as well as tech startups like 3D printing company Markforged. Earlier Bevi investors Horizons Ventures and Tamarisc also contributed to the latest funding round. Bevi says it previously raised $11 million.

Bevi’s machines have a touchscreen that lets thirsty users select still or sparkling water, with a choice of flavors like orange mango, coconut, or a combination of blueberry and cucumber. Inside the machine, a system of pumps and valves take tap water from a hose and funnel it through a choice of flavor mixes and carbonation processes. Meanwhile, sensors and software help Bevi track things like how much concentrate of each flavor is left, how many beverages are being consumed, and so on. That enables the company to proactively refill inventory and fix maintenance issues—and to better tailor options to each client, say if a company’s employees prefer more organic choices or unsweetened flavors.